LINK TO THIS PRESSRELEASE IN PDF FORMAT

Listen to the release on spotify:
https://open.spotify.com/album/4GUpbhVdTyOgdkvNcU2cby 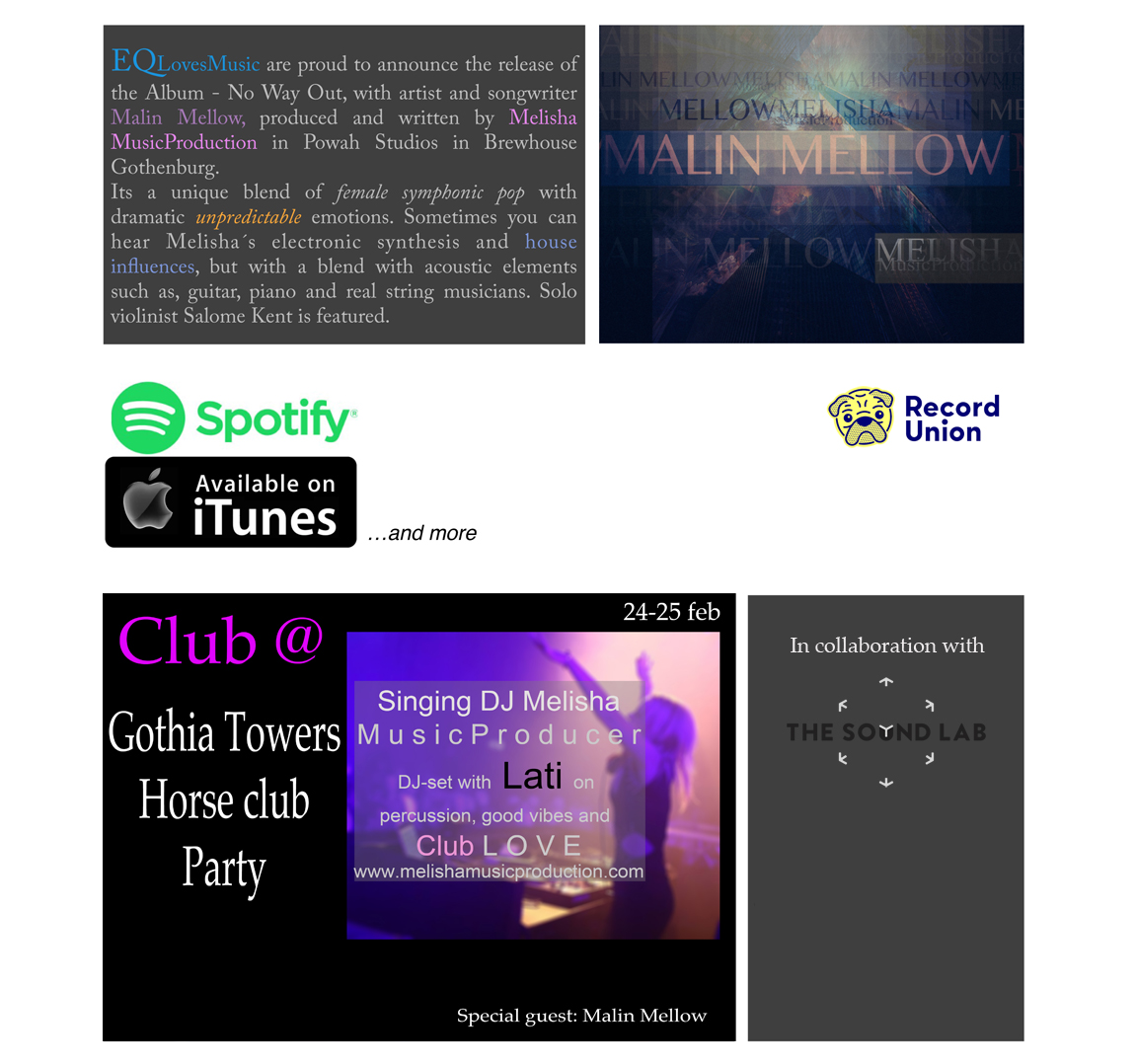 Listen to the release on spotify:
https://open.spotify.com/album/4GUpbhVdTyOgdkvNcU2cby

More about the release – titles and creator´s commentary

”This song has a melancholic but powerful underline. The build up is made from sounds made from synthesis with an analogue feel. There is actually two hooks in this song, maybe three. The first with the word  backstabber is more aggressive while the one with the pitch shift lead is supposed  to be a surprising contrast to this.” – Melisha

“An uptempo groovy beat with a lot of instruments playing staccato. Voices with amplifiers and a rock/pop feel to the sound. The chorus changes key to a paralell.” – Melisha MusicProduction

“I love how I made the drum beat sound, lots of tricks up my sleeve for this song 🙂 Crisp but rough. I wanted to make something original but yet catchy. It´s a lot of drama in this song but I wanted it to build with a solid rhythm picture. Pop/rock influences but with passion and soul in it somehow. Also in this song the key changes in the chorus to a paralell. “ – Melisha MusicProduction

“This song is about being marked by bad experiences. To put up defences. And also in a sence from the other perspective, to fight for someone who have had heartbreak.” – Malin Mellow

“I dare you is a classic dance house beat but with a different flavor. The vocals are very busy and want to take over. She wants to be heard. She wants you to hear. It is like the verse is a conversation in the mind before she lets it out in the chorus. The sound is made with strong sonic textures to really get the message through. She wants to be heard” – Melisha MusicProduction

“To present all parts of one self, even the dark, complex and frightening parts” – Malin Mellow

“No way out –  is for me ,the matrix, the labyrinth of the life of a human being. This is represented sonicly with the enveloped analogue synth playing a classical melody. This song is about being trapped but at the same time being so free that you can even create a really chaotic song. It is supposed to sound like the rough landscape of a troubled mind” – Melisha MusicProduction

“Chaos and anxziety. To loose your ground and not knowing where to go or why.” – Malin Mellow

“A heartbeat ballad. Deep feelings and anti-climax. This closeness is represented by the basedrum, just at the bottom. Guitars and a build up. Who plays the guitar, base guitar and piano in this album? Well I did. The voice is so sensitive and naked and just needed to be surrounded by cushons.” – Melisha MusicProduction

“Magnetic attraction. To blend. To be meant for someone.” – Malin Mellow

“Also written and performed in two different paralell keys. A passionate song with intentionally put flaws like sticks in your ear. The sound of the piano is hollow and mellow.” – Melisha MusicProduction

“When the fear of being left means you have become afraid of being close to someone.” – Malin Mellow

No Way Out – feat. Salome Kent Violin a Classical remix , ALL classical instruments

“Instead of making a pop/electronic remix I decieded to go the other way and make a classical orchestra remix.” – Melisha MusicProduction

More about Melisha MusicProduction
Melisha is a musicproducer with bachelor degree educated at Dalarnas University and also a part of Upfront Producer Network.
She has been an active music producer, mix and mastering engineer for many years and is also a DJ.
In 2016 she recorded, produced, mixed and mastered the first album of the band Sallyswag who earned both ”The future music prize” and was nominated in ”Manifestgalan 2017”
Heres an interview with Melisha in the renowned swedish recording magazine Studio:  http://studio.idg.se/2.1078/1.668300/sallyswag–fullt-blas-med-nio-starka-viljor-i-studion 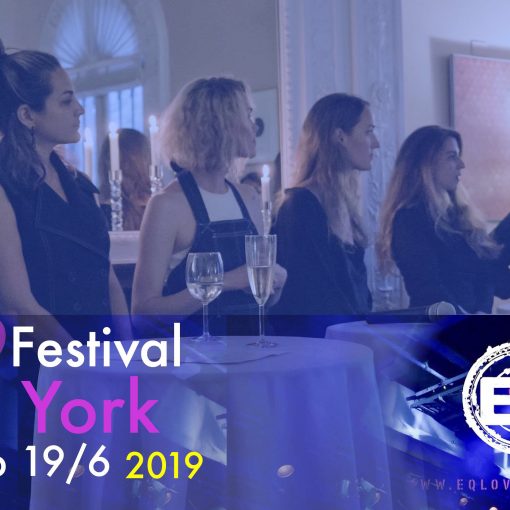 On Wednesday 19 June, EQLovesMusic and the Swedish Consulate General in New York presented the first part of EQLovesFestival 2019. The event […] 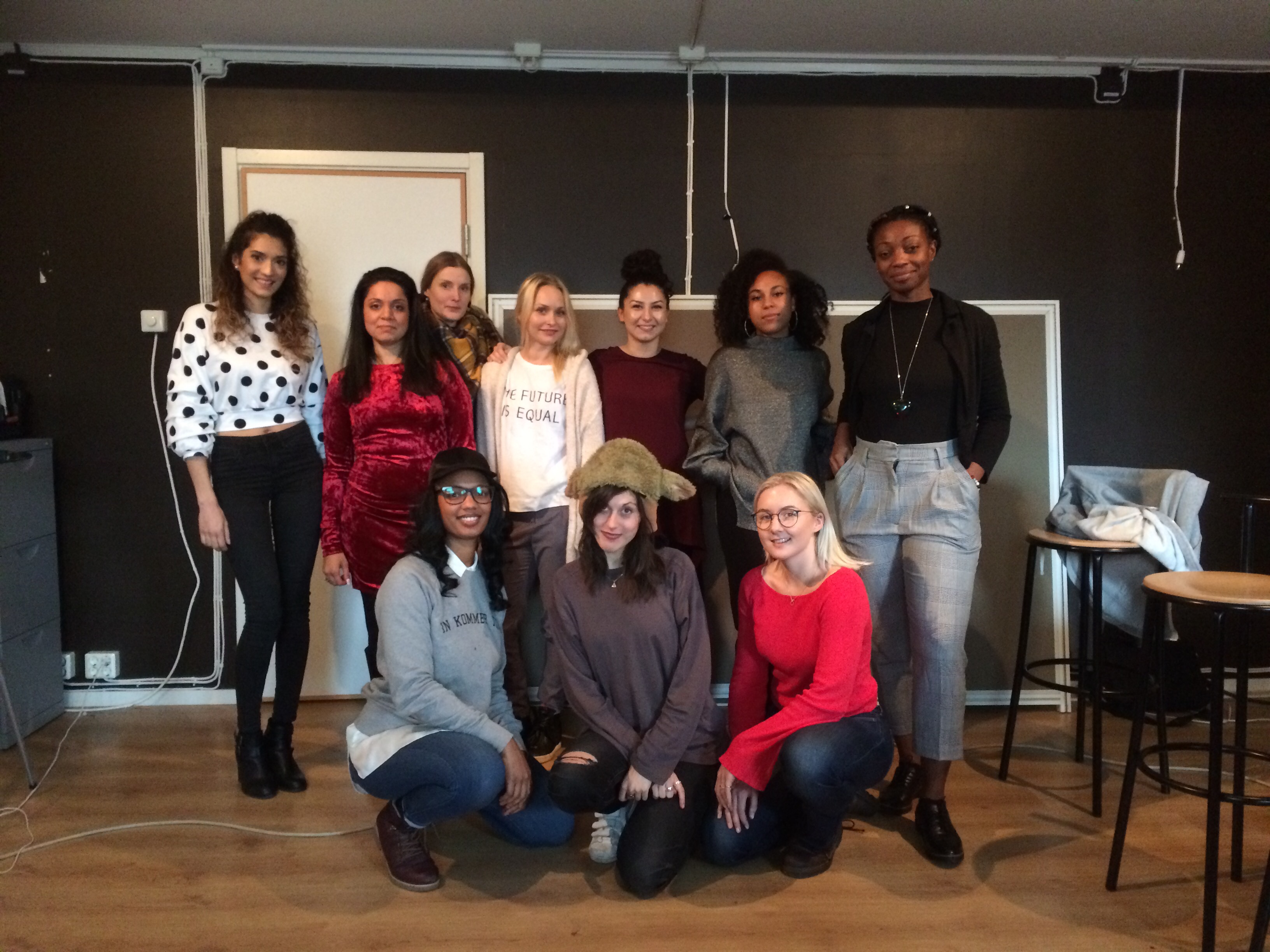 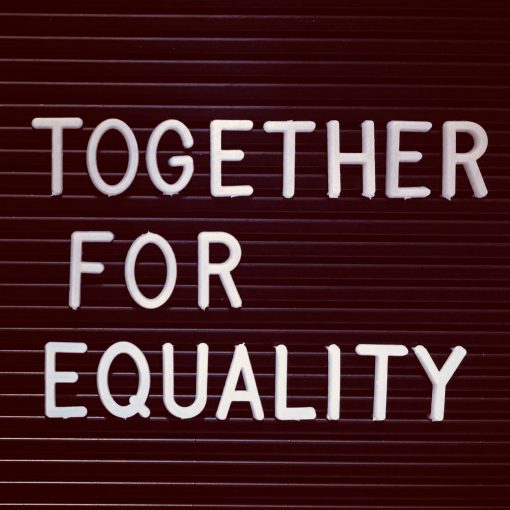